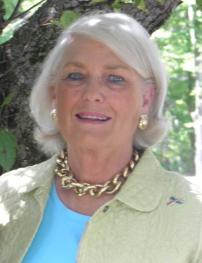 Jane MacNeil is the President of Turn The Towns Teal® which is a national awareness campaign for ovarian cancer, its subtle symptoms and its risk factors. It was the inspiration of her late sister-in-law, Gail MacNeil. Gail was at the supermarket, and as she reached for a package of Thomas’ English Muffins, she noticed it had a pink ribbon on it. She said to herself that NO ONE is doing anything for awareness of ovarian cancer, and it was she who came up with the clever and alliterative name of Turn The Towns Teal. Eleven years ago a small group of volunteers tied Teal ribbons throughout 40 towns in New Jersey. Then in honor of his wife, Gail’s husband, Dave, trademarked the name Turn The Towns Teal® and applied for and was granted 501 (c) (3) status. For the first couple of years, they were basically New Jersey based, and literally storing and fulfilling orders out of a garage. With the development of a website and social media, they grew. Today, she is proud to say that the’ve been represented in all 50 states and have more than 600 registered volunteers throughout the USA as well as in Canada and Bermuda, and knowing that many groups of woman and men “Teal”, she can’t even begin to calculate the numbers of those involved.

The importance of Turn The Towns Teal is multi-faceted. Yes, it’s awareness, but it’s also more. Women fighting the disease feel that FINALLY someone is recognizing THEIR cancer; further this campaign is cathartic as brings groups of survivors &amp; their friends together. A group of volunteers in Delaware told her that it’s the single, most important thing they do for awareness. Additionally, those who have lost someone to this horrid disease feel that they can “Teal” in honor of a loved one and do something proactive in her honor.

We know for a fact that our awareness campaign has saved women’s lives by becoming aware of the symptoms and getting an early diagnosis.

To make a donation online or through the mail, click here.

Click here for the latest OC news, headlines, and information about clinical trials.